Maplewood values residential gardens, community gardens, and greenhouses. The latter have provided citizens with a means of self-sufficiency and several have transformed into thriving local businesses. Dege's Greenhouse was in St. Paul in 1936 and moved to Maplewood in the 1940s. Gerten's Greenhouse began near Highway 61 and 36 and moved to Inver Grove Heights in the 1920s. Bender and Perkins, and Zittel's Nursery also were successful businesses in their day. 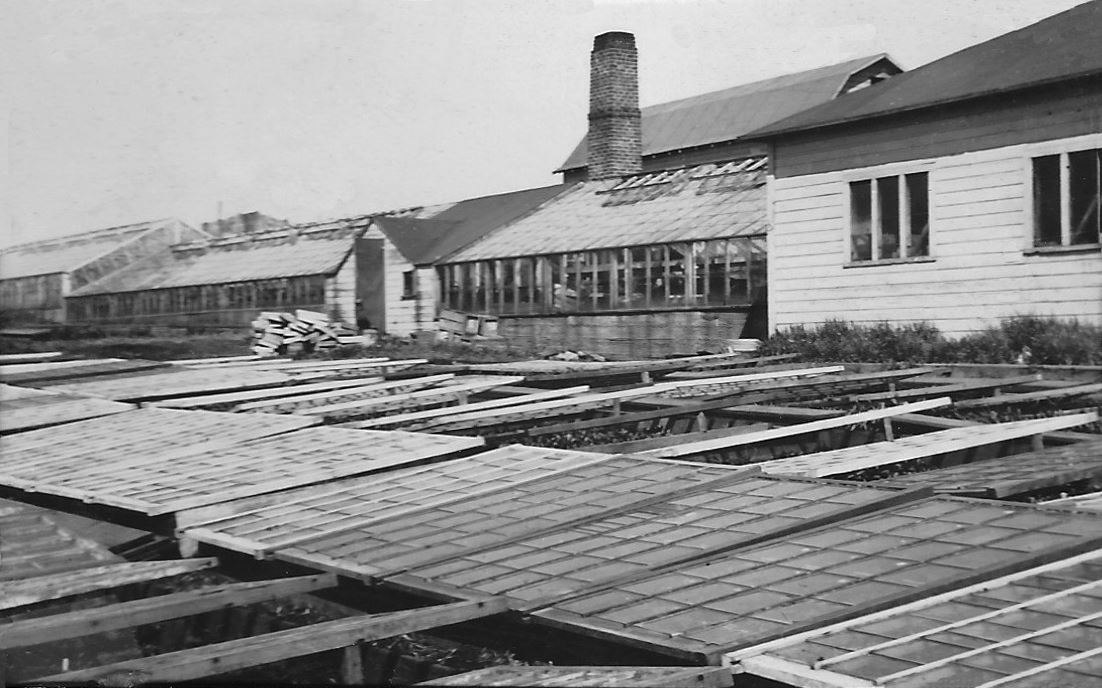 Dege's Garden Center helped keep Maplewood and St. Paul green for over 100 years. Albert Dege founded the business and over the years two more generations of Dege's carried on the family tradition. George Dege, Albert's grandson, assisted in moving the business to its final location at 831 Century Avenue in Maplewood. This occurred in the 1970s. In later years Dege Garden Center received accolades from Hmong farmers for its wide selection of Asian seeds. This popularity allowed the center to open earlier for the spring season than it ever had before. Recently George Dege put the business and land up for sale and retired after many years of business service to the community.

Waldo Luebben started a nursery on the south end of Keller Lake in 1937 and grew a great variety of trees, many from seed. When he became the first mayor of Maplewood in 1957, he promoted the Schwedler Norway Maple as the official tree. The Schwedler was noted for having red leaves in springtime that turned dark green in late summer. In 1972, Luebben sold his 8-acre nursery to Ramsey County as part of its Open Space program with the hope it would become a "pocket arboretum" with the house serving as a classroom and paths through the trees that would be labeled. But when he passed away two years later, the house was demolished and the arboretum was never developed.

The Dean family, of Dean's Tavern tradition, also had a greenhouse business. James Dean III recalled his days working in the greenhouses where up to 35,000 geraniums, 8,000 carnations, 5,000 roses, as well as cabbages and beans, were grown. The greenhouses were kept warm in winter via coal fueled boilers and steam pipes. Variable weather and other disasters plagued all growers. One year the family had to deal with frost in July. Another year the cabbage field caught on fire when the peat drainage system became too dry in the heat. The Little Canada Fire Department used an early water pump to draw water from Sandy Lake to control the blaze. It's small wonder Mr. Dean turned to an only slightly less hazardous undertaking - bartending.