The Ramsey County Fair began in 1913 on 4 acres of land in White Bear Lake. There was plenty to do in the early years of the fair - rodeos and trained animal acts, boxing and wrestling matches, and livestock auctions. And there were, of course, plenty of vegetables from county farmers. Bill Bruentrup recalled one year the "Fisher boys" raided Fred Radatz's vegetable garden on White Bear Avenue, entered them in the fair, and won first prize. Fred never found out!

In 1950, the Ramsey County Fair ran into financial difficulty. The 1950 Ramsey County Annual Report mentions: "Inflation has caught up with the Fair, and our bank balance is zero." Inflation wasn't the only thing catching up with the fair; the post war building boom had created overcrowded schools, so White Bear Lake was eyeing the fairground land for expansion. The 1953 fair was the last held in White Bear Lake. The old Hippodrome still stands as a reminder of where the old county fair was.

The Ramsey County Fair moved to Maplewood in 1954, to the recently vacated farm plots of the Ramsey County Poor Farm. The large brick barn was converted to display exhibits and the fair took over an old horse stable. A small horse race track was built. With beef cattle out of the picture, other exhibits took center stage. Poultry and rabbits were very popular at the fair and quite competitive. In 1963 the rabbit show had to set the limit at two hundred rabbits. 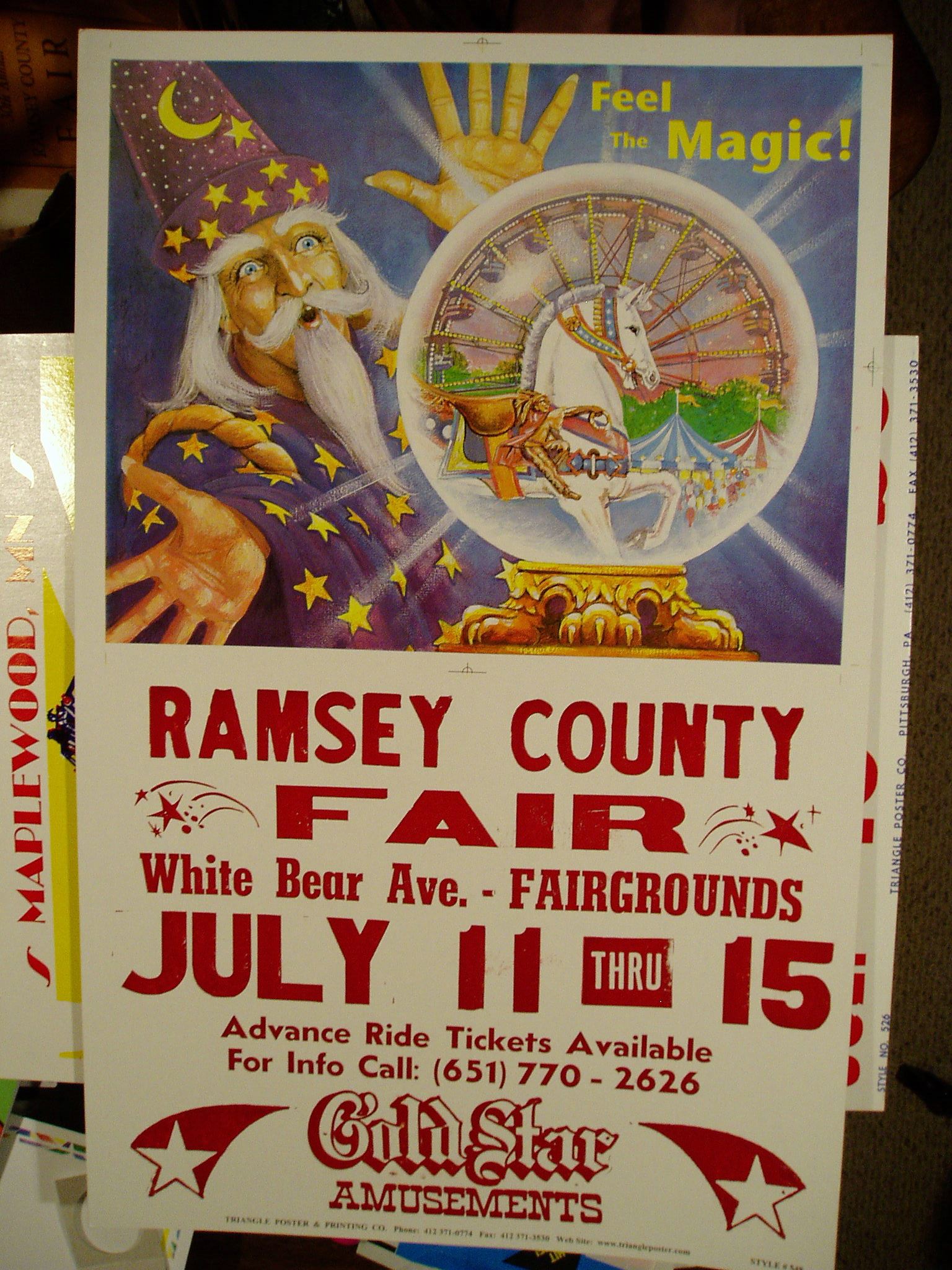 For a special one-time event, the fair was held at Harriet Island in 1998 for the dedication of the Wabasha Street Bridge. Some big name musical acts were featured and large crowds turned out. There was supposed to be a milking contest between the mayors of St. Paul and Maplewood. The St. Paul mayor at the time, Norm Coleman, couldn't attend and a lieutenant went in his place. The mayor for Maplewood, George Rossbach, was there but then someone forgot to bring a cow. "I think I would have won that contest because I had to milk cows every day as a kid," commented Rossbach.

Over the years a variety of special events were held at each fair to try to attract a crowd. These ranged from the "thrills, chills, and spills" of horse races in the White Bear Lake Days, to Casey Jones in 1969. The fair saw the "World's Largest Pog Tournament" in 1995, and an event capitalizing on the Pokemon craze around the millennium. Around 1994, fireworks were added and became an annual event. The White Bear Avenue Business Association parade has been a mainstay for many years.