For the second generation of Sundgaards on Clarence Street, it was Gordon, or Gordy, who carried on the family tradition. Gordy and his wife Joanne (Sundquist) bought the house at 1865 Clarence Street in 1953 for $9,600.

The house was built by the Schroer family in 1910 with all of the modern conveniences of the time: an indoor cement cistern to gather rainwater, double entry doors, windows that opened at an angle allowing fresh air to enter in any season, a double car garage, gutters built into the eaves, and a two hole outhouse. The grounds were covered with vegetation including rose bushes, hedges, apple and plum trees. The 1930 census showed this residential house was valued at $5,000 at a time when houses were seldom valued over $2,000. 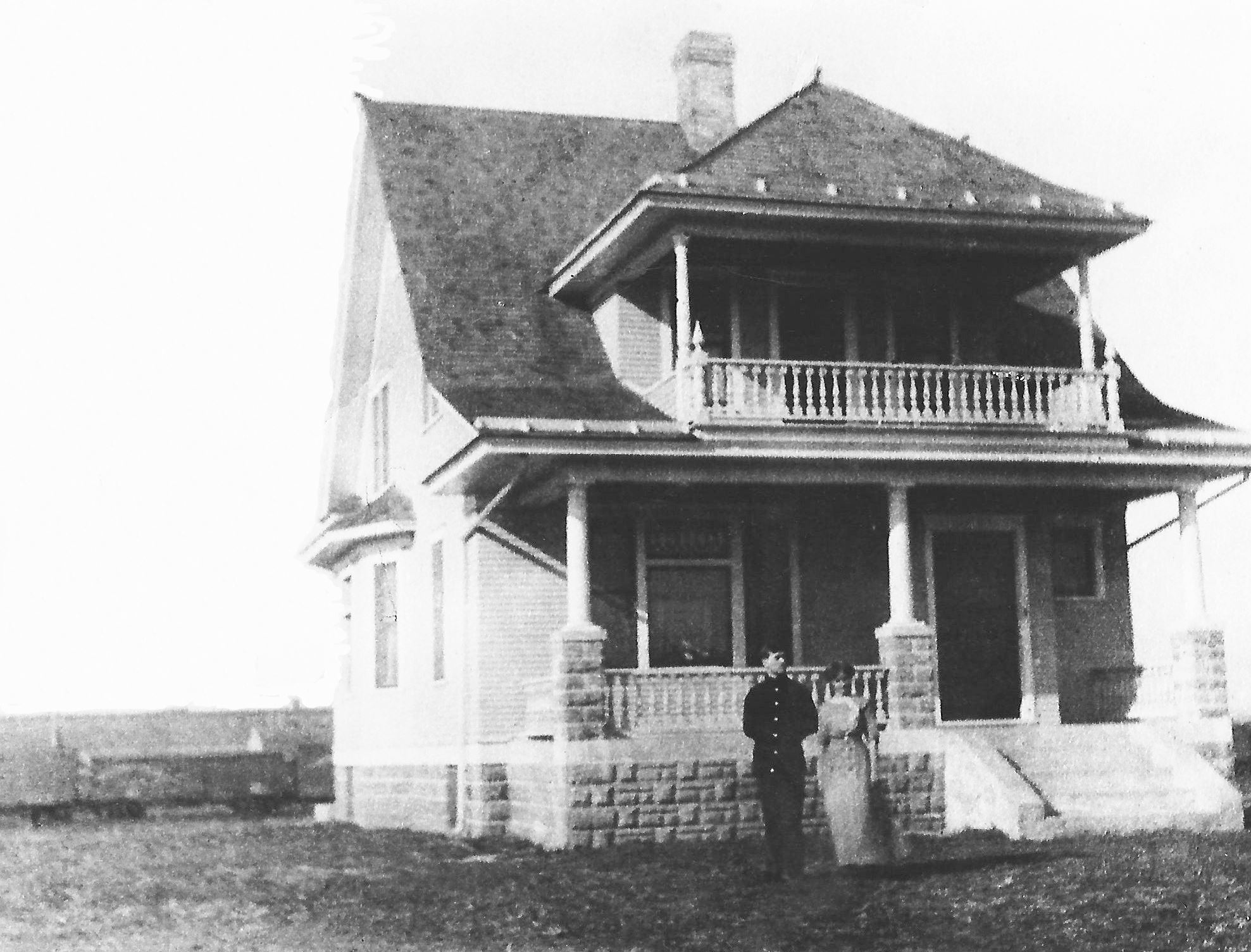 Before he bought the house next door to his parents, Gordon had been in World War II as a paratrooper in the 101st Airborne. After the war he returned home to Clarence Street where he became an entrepreneur and restorer of old cars and other relics. He was able to work or trade with neighbors when a project required skills he did not have such as reupholstering car seats. Everyone seemed to have a trade in those days. One of his noteworthy projects was buying a surplus gear-shifted Army motorcycle. Gordy nickel plated each piece. It was an impressive looking machine.

Gordy and Joanne raised sons January (1953), Kip (1956), and daughter Kirsten (1954) in the house at 1865 Clarence. Their childhood may exemplify the suburban experience for baby boomers. January wore a path from his backdoor to Grandma next door. There were lots of wide open spaces for ballgames with friends. There was a railroad right behind the house where equipment might be left out, which children would play on, at least until the railroad detective knocked on Mrs. Sundgaard's door and warned her to keep the children off the equipment. The Gladstone lumberyard was across the tracks where scrap lumber was available to children for building forts. The neighborhood overflowed with children, everyone knew each other, and there did not seem to be any class distinction other than the type of car a family had.

This third generation of Sundgaard's also had a famous member who grew up on Clarence Street. Kip Sundgaard was a champion ski jumper. Gordon told his son that he could have the nickel-plated motorcycle if he made the 1976 Olympic ski jumping team. Kip got the motorcycle. He participated in the winter Olympics in Innsbruck, Austria and several world championships during his career. In 2008, he was inducted into the American Ski Jumping Hall of Fame.

January and Linda lovingly maintain the house at 1865 Clarence. The original windows, double entry doors, and porches remain but the cement cistern in the basement is long gone. The house is preserved so well it could last another 99 years on Clarence Street.