The decade 1900 to 1910 saw more immigrants to the United States than any other decade up to 1990. Two of those 7.9 million immigrants were Norwegians Olaf Sundgaard and Borghild Marie Pehrson, who arrived in St. Paul, where Olaf had an uncle, in 1902. The mass immigration was fueled by the industrial revolution. As a machinist, Olaf secured steady employment with various companies in St. Paul where the couple lived until 1917. However, family lore says Olaf and Borghild Marie's journey was for love not money. Olaf's family in Norway was well off and falling in love with the daughter of a servant was not well received.

In December 1917, Olaf applied for a position with Northern Pacific Railway's Mississippi Street Shops and was hired as a master mechanic. Around that time they decided to move to the countryside and Gladstone in New Canada Township was rural back then. They bought a house on Block 5 of Gladstone that was built in 1890 and surrounded by farms. It faced the railroad track rather than the dirt road that became Clarence Street. Imagine sitting on the front porch watching the trains go by less than 75 feet away. Olaf and Borghild acquired six additional lots on the block between 1920 and 1944. 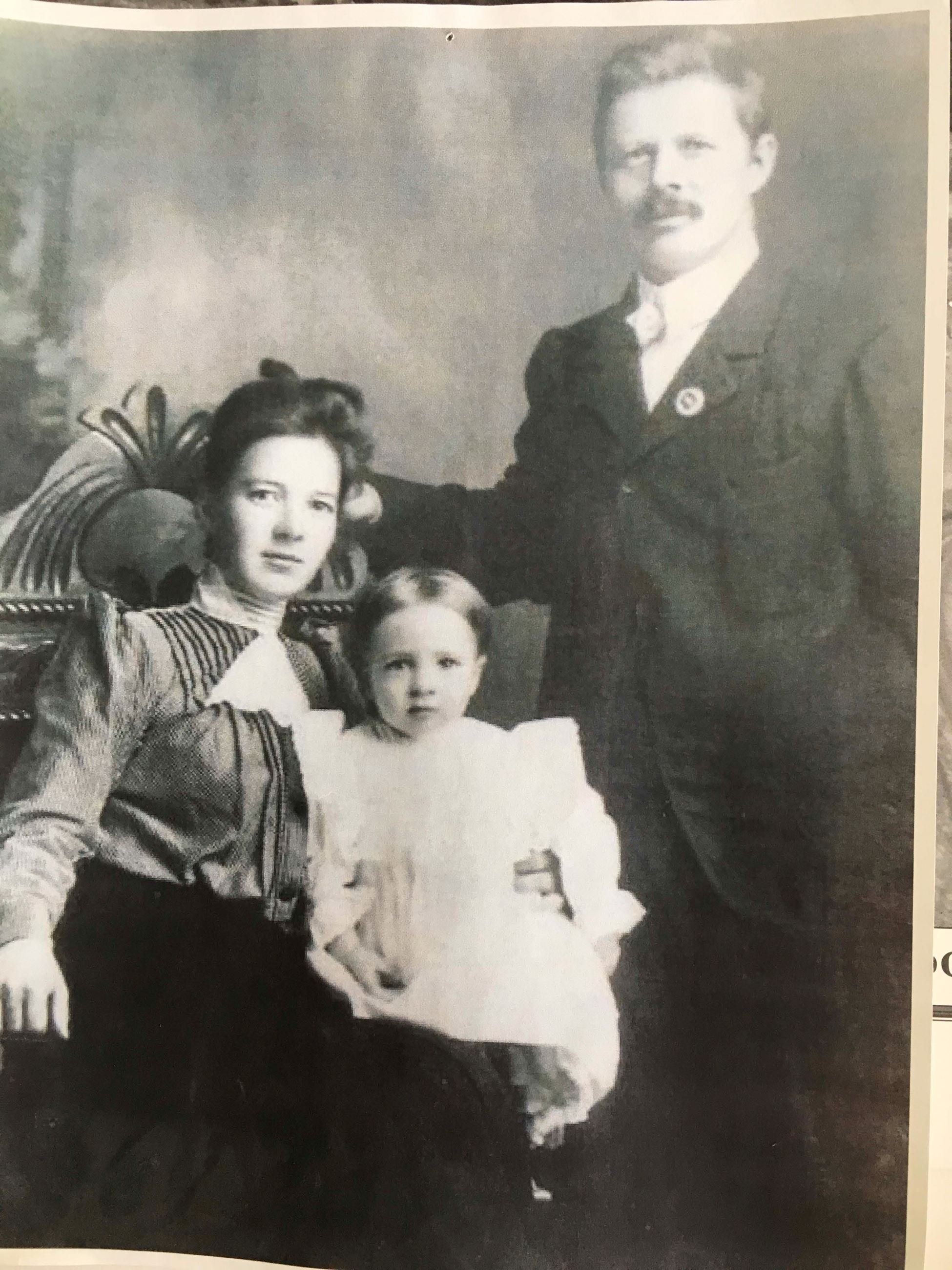 Olaf and Borghild raised seven children in their Clarence Street house but not all at the same time since the births spanned 21 years. Five of their seven children were born in St. Paul. Eldest son Henry John was born in 1904, followed by Bjorn Eugene (1906), Arnold (1909), Marguerite (Mickey) Borghild (1911), and Roger William (1914). The two youngest were born in Gladstone - Gordon (Gordy) Vernon in 1923 and Georgia Miriam in 1925. The porch is gone and the current generation of Sundgaard's on Clarence Street live next door but the little house Olaf and Borghild purchased still remains at 1851 North Clarence Street.

Son Arnold went on to become famous in the entertainment industry and was a college professor. He worked with singer Bing Crosby, composer Alec Wilder, and author Eric Carle among other notables. His professional papers from 1925 to 1988 are housed at George Mason University libraries. The New York Times ran his obituary when he died in 2006.