How do you create a volunteer fire department? The residents of Gladstone (now Maplewood) faced this question in 1942 when St. Paul advised they could no longer provide fire service because of the manpower shortage during WWII and not having tanker trucks to haul water to the rural township. Local residents called a meeting to discuss this question. By February 1944, 27 men had volunteered as firefighters and Len Foeller was elected fire chief.

The volunteers then went door-to-door to collect donations and, in May 1944, they purchased a used fire engine with a 250-gallon water tank. Today, this 1923 Pirsch is on display at the Bruentrup Heritage Farm. In July 1944, the volunteers held the first of many annual dances to raise money - tickets were $.50 and they raised $1,014.45. In September, they started construction on a two-bay fire station on Clarence Street. By December, the station was complete except there was no money for doors or windows. These were installed the next spring after another fundraising event.

In 1951, the station was expanded to three bays. The station now had room for the Town Clerk's office and for Town Board meetings. When the Village was incorporated in 1957, council meetings were held in the station until the municipal building was constructed in 1965. In later years, a fourth and fifth bay were added.

By 2001, the station was too small for the newer trucks and a new building was constructed. In July 2005, the Gladstone Volunteer fire station was demolished, having served the community for over 56 years and demonstrating the power of volunteers working together to solve a problem. 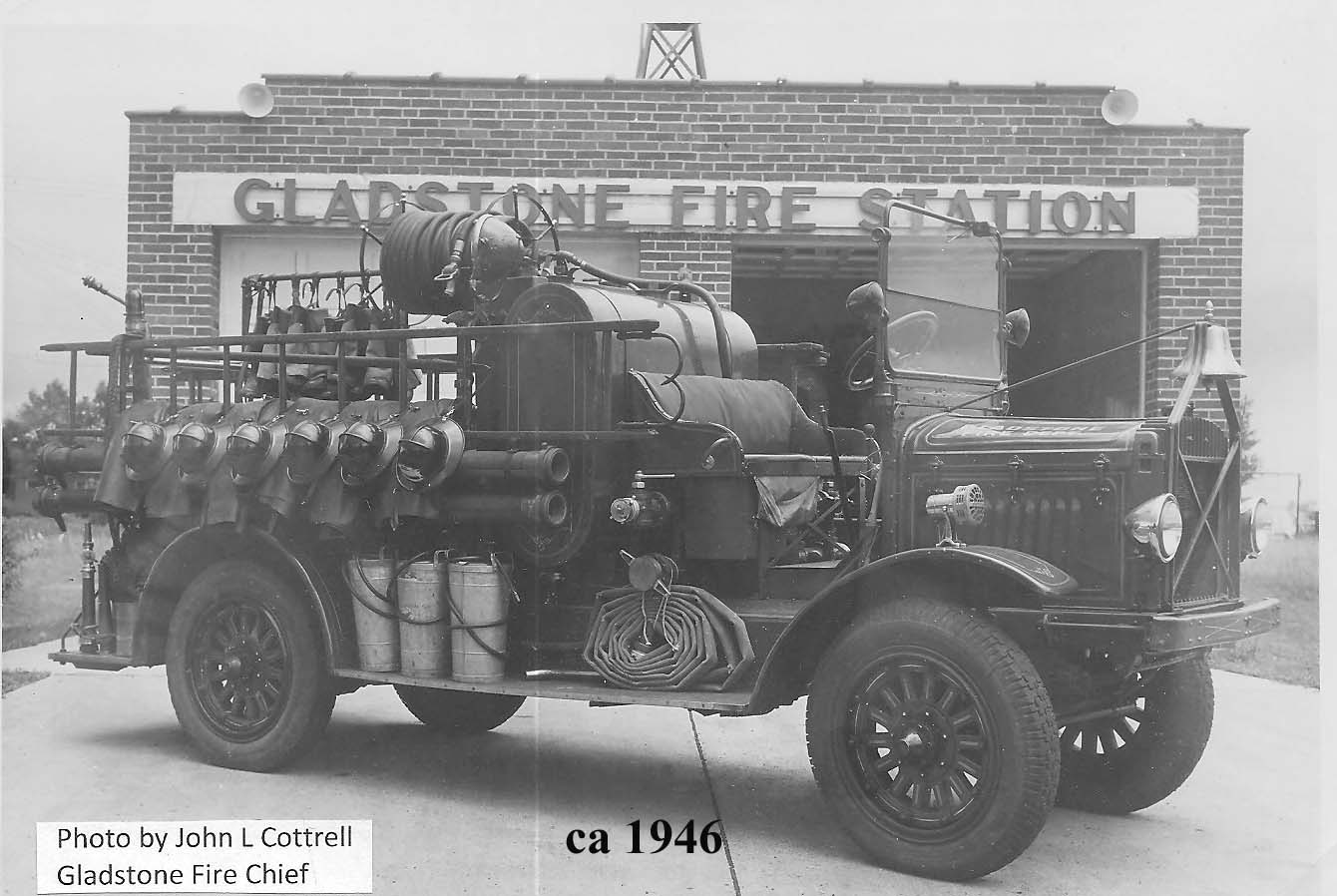