What’s over 100 years old, once rang for children at Fisher’s Corner, called the Stankes to dinner, and now lives silently at the center of our community? The Arbolado school bell! Next time you’re outside the Maplewood YMCA take time to look at the iron bell under the cupola. 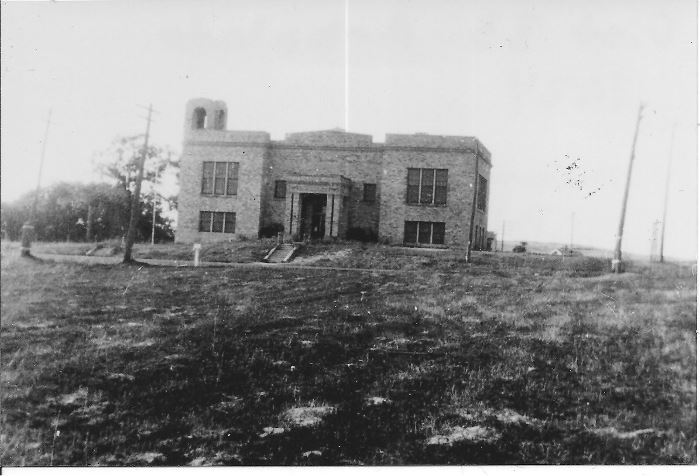 The bell originally resided over a one-room school house, known as District 33, at Fisher’s Corner where County Road C now crosses Highway 61. The school was built in 1889 for $1,800 on the northeast corner of the intersection. There were five students when the school opened. In 1900, the school children collected pennies to purchase the bell. By 1926, District 33 outgrew the little building and the Health Department determined the outdoor privy was too close to the school’s water supply. No wonder the residents voted to build a new school!

The wooden school building was moved to North St. Paul by J. Bailey for $150 but the bell stayed behind. A bell cupola was included in the new two-story brick, four-room building at the Fisher’s Corner site, which opened in 1926 and cost $28,500. Harvey Stanke won a contest to name the school by submitting "Arbolado" meaning woodland. Thirty years later the student body outgrew Arbolado School. A farewell program called This is Your Life at Arbolado was held on February 14, 1957. That was the last schoolhouse at Fisher’s Corner.

Terry Glewwe Stanke, Harvey’s sister-in-law, acquired the bell after Arbolado closed. She used it as a dinner bell during the 40 years she cared for it. On May 20, 2000, 92 former District 33 and Arbolado students attended the bell dedication at the Maplewood YMCA. Terry Stanke had graciously given the 100-year old bell back to the community for all to enjoy a piece of Maplewood heritage. Photo courtesy of Maplewood Area Historical Society