William Kohlmann and his family emigrated to the U.S. from Germany in 1854. In 1862 they purchased 16 acres on the north shore of Fitzhugh Lake (today's Kohlman Lake) and built a home near today's LaBore Road and Arcade Street. After some success at farming, they purchased an additional 16 acres in 1873 between Gervais and Fitzhugh Lake and in 1880 they opened the Kohlmann Hotel (also known as Hunters Home and Kohlmann's Place) on this land. 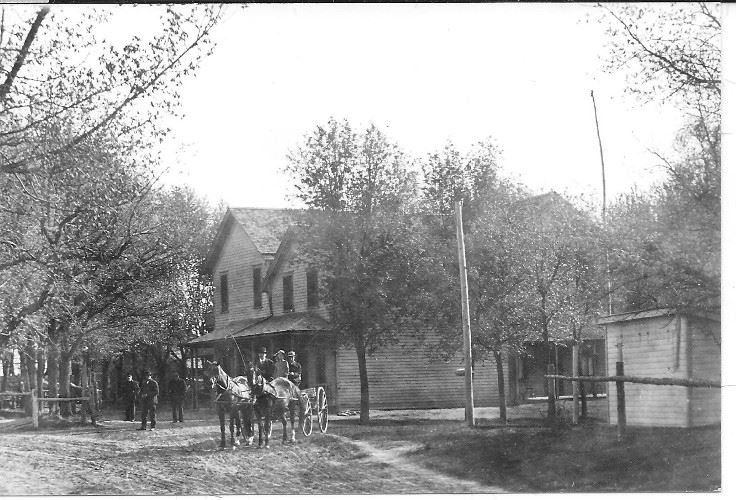 The Kolhmann's later purchased additional land and eventually owned 250 acres bounded by Arcade Street, Highway 61, LaBore Road and County Road C. This was enough acreage around Fitzhugh Lake to change its name to Kohlmann Lake. Later, the name of the lake and the family was changed to Kohlman, dropping the extra letter "n."

The Kohlman Hotel became a popular resort in the 1880s and the 1890s with hunters, fishermen, health-seekers and those looking for a cool, lakeside vacation. Occasionally there was negative commentary and rumors referring to the hotel as "Sin City," alluding to other reasons for staying at the hotel. Many of St. Paul's residents would rent a horse and buggy, ride a bicycle, take the streetcar to Lake Phalen or walk to the hotel for an afternoon.

The hotel was a family business with William's four sons and three daughters running all aspects of the hotel business. William Kohlman died in 1913 and his sons William Jr. and Louis kept the business going until the hotel was destroyed by fire in 1930. Today, the buildings are gone and the area is residential.