The KSTP radio transmitter building along Highway 61, south of Beam Avenue, is an eye-catching example of art deco architecture in Maplewood. It was designed by Liebenberg and Kaplan, architects who built sophisticated art deco buildings in the Twin Cities such as the Hollywood Theater in northeast Minneapolis. The firm had a reputation as "architectural acousticians" having designed over 200 theaters in the Upper Midwest from 1923 to 1941. Leibenberg and Kaplan had previously designed buildings for KSTP which may be why they were chosen to design the Highway 61 transmitter.

The original address was 2792 North Highway 61 but is now 2792 Maplewood Drive. Back in 1939, locals called the area Belcher's Sand Pit. The swampy area of Belcher's Sand Pit was significant because ground conductivity was needed to ensure the nighttime radio antenna pattern hit the city of license, Saint Paul, as required by the FCC. Cathy Wurzer's 2008 book, Tales of the Road: Highway 61, states engineers thought the swampy land would sharpen the radio signal and it worked so well KSTP could be heard by Navy boats in the Pacific during World War II.

The transmitter in Maplewood is the third built specifically for KSTP Radio. The first transmitter was constructed in 1928 in Wescott, Minnesota, a city renamed "Radio Center" in 1931. In 1936, the second KSTP transmitter was built at Snelling Avenue and County Road C. The first official transmissions from the Highway 61 transmitter occurred on March 1, 1939. The four towers for KSTP Radio's 50kW non-directional day and directional at night operations are still used today for transmitting radio signals from the KSTP studio on University Avenue. Seventy-seven years of service from one beautiful little building along historic Highway 61. 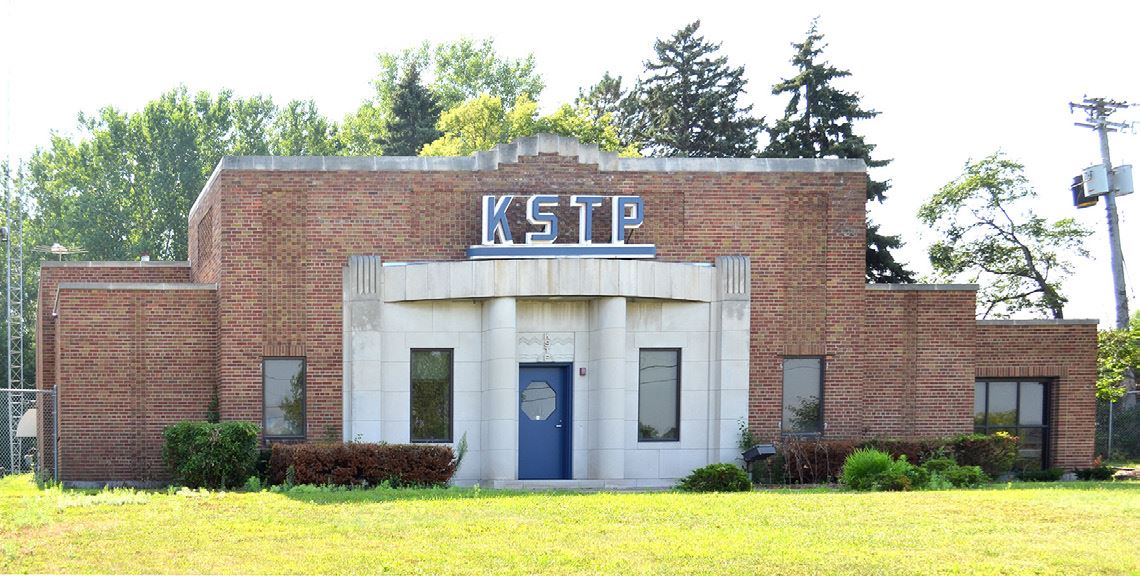